I’ve been learning about photography.  I’m totally unsuccessful from an artistic point of view but I’m finding the mechanical aspects really interesting. Mostly as a result of this amazing free online course (warning, I found the course quite maths heavy, and I did a PhD that focused on maths)

Since I started looking more carefully at photos, I’ve felt like the pictures I put on Instagram looked different there. Light something had changed in the contrast or similar. I wanted to do a quick experiment to find out if it was my eyes playing tricks or indeed some interesting optical illusion.

So I found a handy wikipedia page and took a screenshot of it.

I then converted that screenshot (which was png on a mac) to jpeg so it could be put on Instagram: 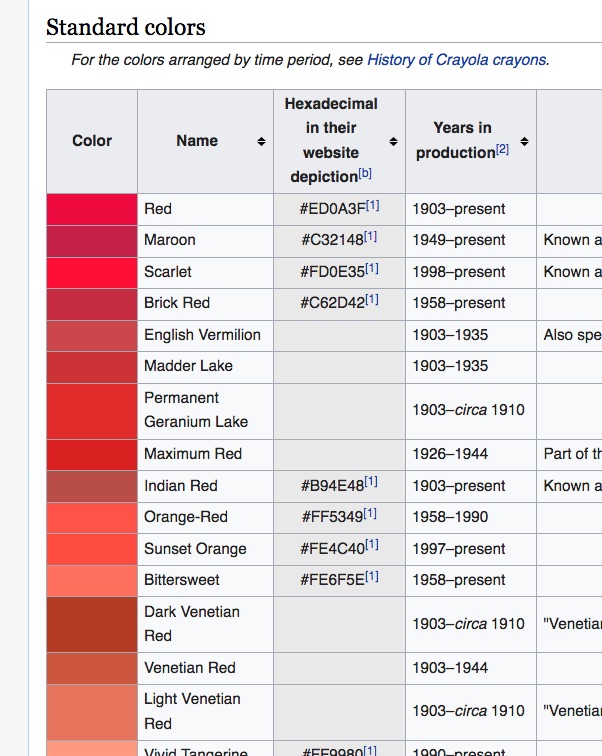 It was posted (it’s since been deleted because it’s very uninteresting to my followers) and I took a screenshot of the image on both my phone and on my mac. PS: fairly obviously, I didn’t use a filter or adjust anything)

I lined up all the pictures and took one large screenshot: 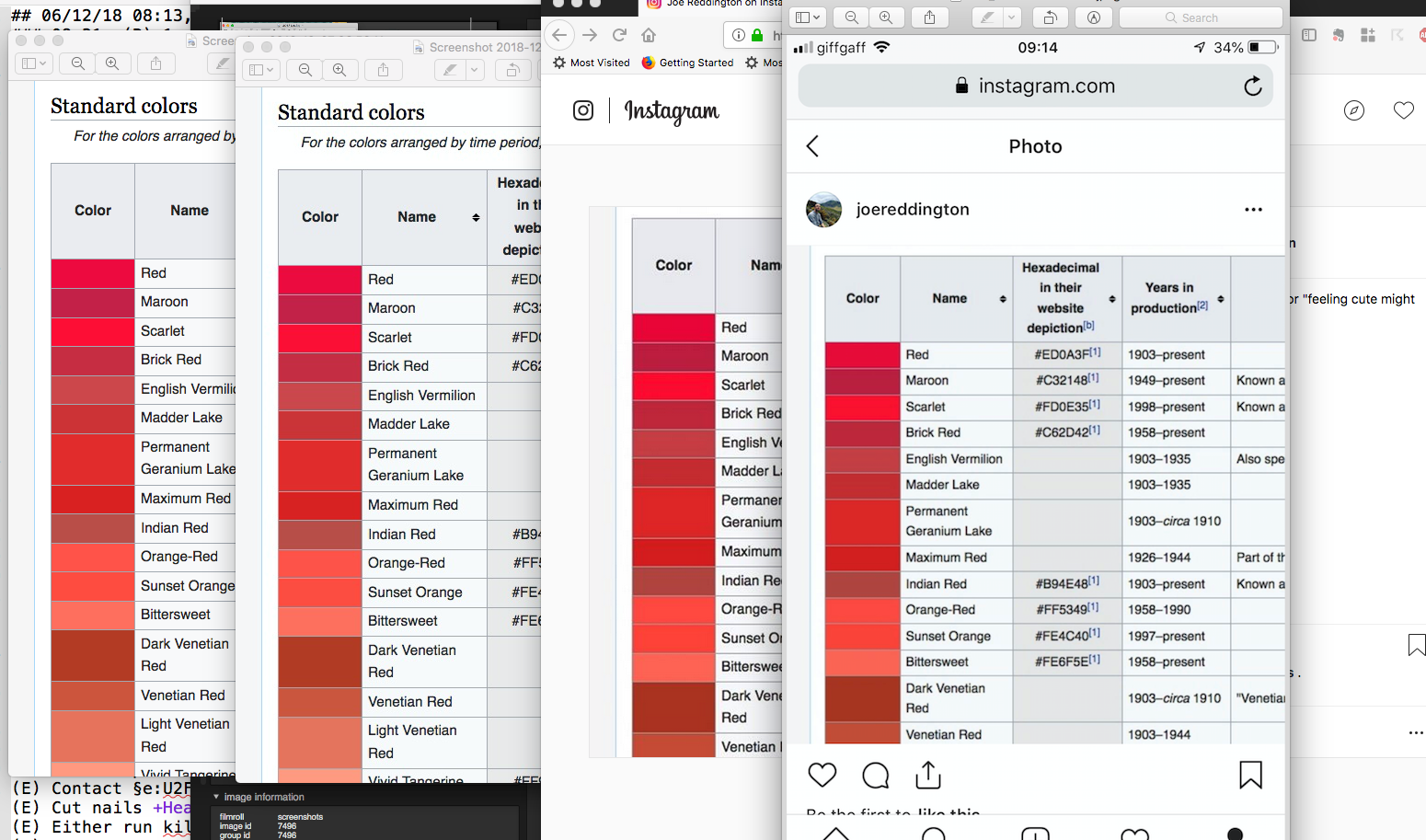 then used Darktable’s color picking tool to check each colour (using area rather than spot measurement: 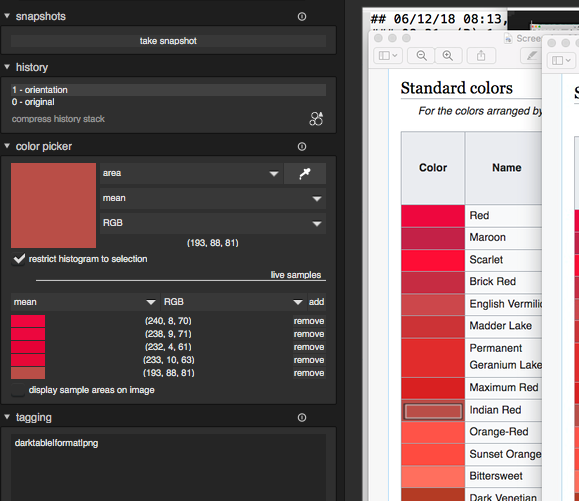 and it turns out it isn’t an optical trick: the colours do come up differently when tested: 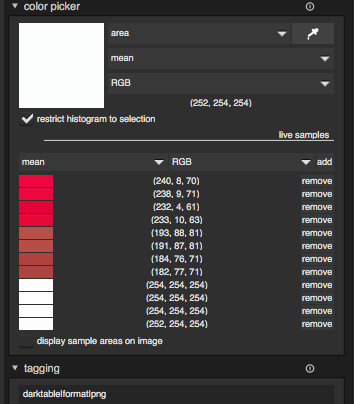 The order of samples is:

This suggests that Instagram really is doing some unnecessary alterations to photos as they go thought the process.