In 2016, as part of a commitment to personal transparency, I made my personal to-do list publicly and permanently accessible. You can see it here.

It’s real and it’s active. You can access it right now and see it change over the course of the day.

I intended it to be a small next step in terms of transparency - I was wrong. I can honestly say that it’s been the most effective change in my productivity in at least two, possibly five years. 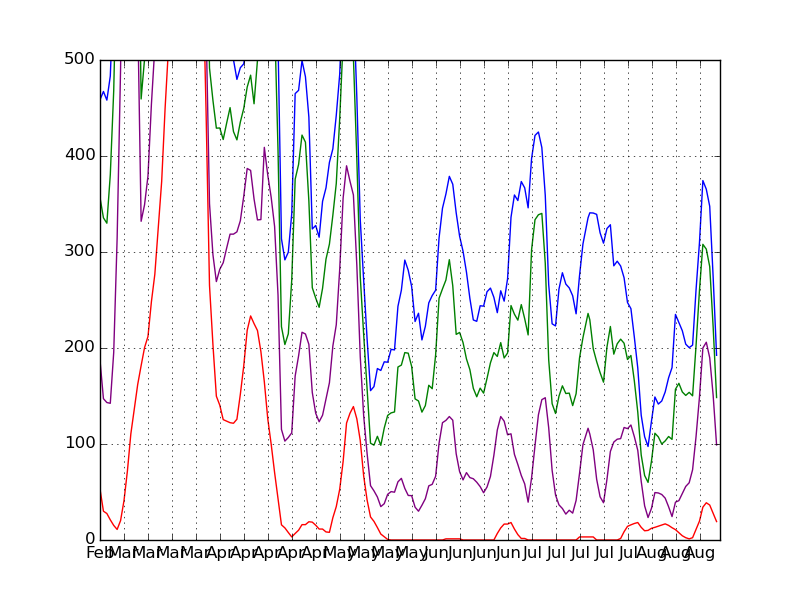 This the six month version of my ‘stress chart’, you can see that May marked a significant turning point.

Why has it been such a big change?

Because when you write a to-do item for someone else to read, you tell them what actually has to happen, but when you write it for yourself, you leave yourself a cryptic note.

I thought I kept my task list tidy. Obsessively so. Between 2014 and 2016 I had marked off around 20,000 tasks. Each task gave the next physical thing I had to do. Many of them came from careful planning of a project. I was answering questions on (a now defunct) stackexchange about the best way to keep a task list under control.

Turns out I was missing something important. When it was a list for me, it looked great; when I decided to make it public, it instantly looked very poor.

So I started rewriting. Of course, to write out a task properly, you first have to think properly about the task.

When I started making my list fit for public view, there were about 95 action points on it. After about an hour of work there are 40, and they are all much easier to do. Lots of little tasks were actually quicker to do than rewrite, but I wouldn’t have known that unless I committed to getting it right.

So my task list is public, and honestly I think it the number of people looking at it makes very little difference - all that I need to know is that someone might and that’s enough for me.