A little over a year ago, some friends and I started Project Grin. 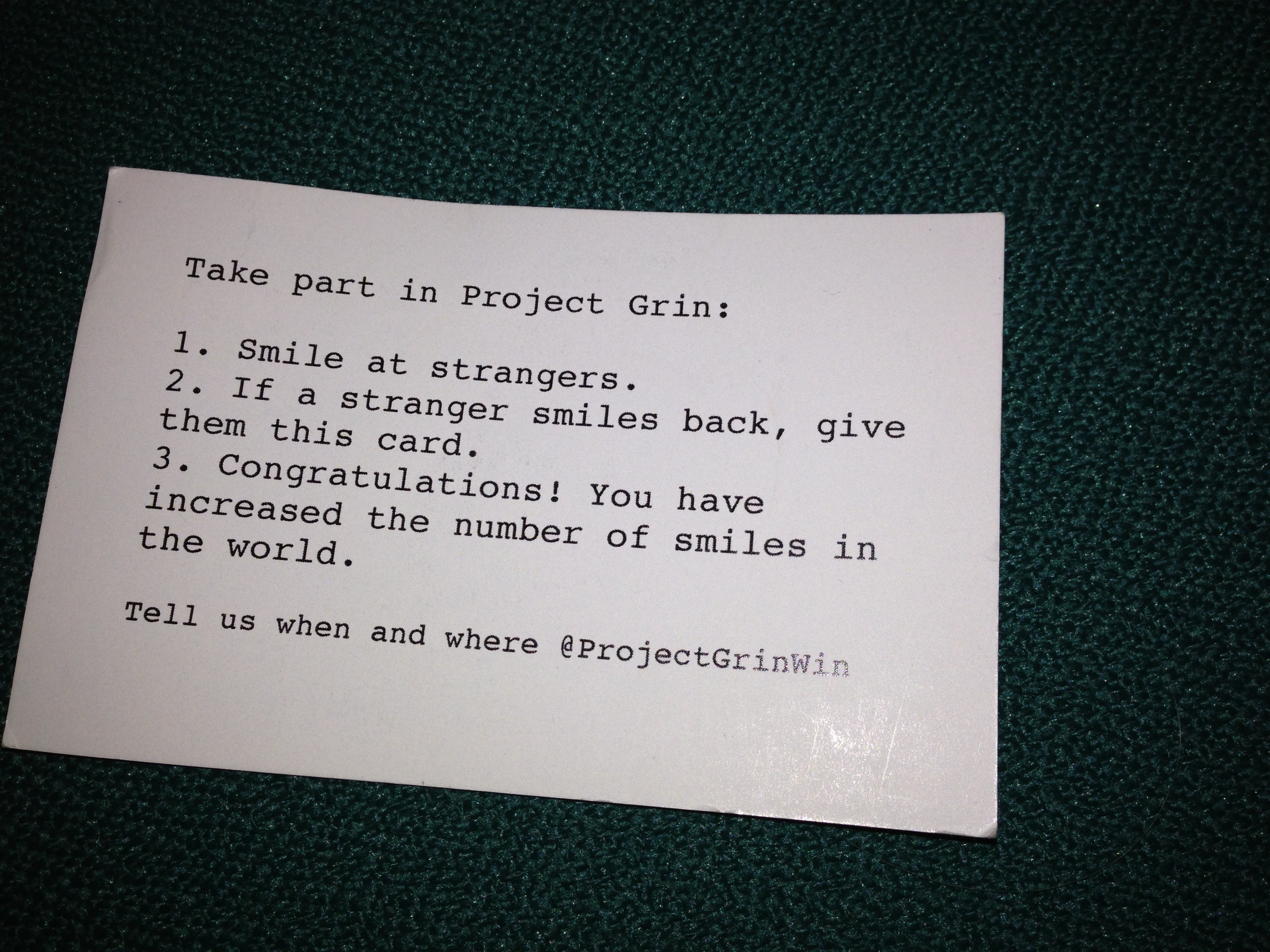 We’ve spent much of the last year walking around and grinning at people and we’ve given out (we think) a couple of hundred cards this way, and we think that the world is a better place with more people smiling, at that people smiling can be the cause, not the effect, of a better world.

We really hope they’ve been spreading: we’d love to hear from anyone who got given one and how it happened 🙂

The first thing to mention is that we are aware that this is so simple that it can’t possibly be original, but we haven’t found any existing examples-  by all means point them out to us.

For your interest, I had a talk at a Toastmasters thing recently and chose to talk about Project Grin the video covers many of the things that I found suprising or interesting about the whole process

You can see the transcript of the video below:

We are social creatures, and yet if you look out over the city, you see millions of people treating millions of people like they aren't there. You can see the complete disengagement of humans from the social network. And if you fall into the trap of blaming smart phones and social media, then look around next time you are on a commuter train. Reading newspapers, listening to headphones, staring dispassionately out of the window: these are some the greatest weapons we have for treating humans as objects.

Let's think about a way to fight this.

Instead I'm going to talk about how long it will take to get rid of your card. You accept that it's good for the world, but you will be amazed how good it is for you.

We are social creatures, all that has to happen for you to give that card to another member of the species is for two of you to look at each other while smiling. In a city of seven million people, this is surely a trivial exercise.

Walk around with one of these cards and you unlock some amazing facts about how humans dehumanise. How you can have thousands of people treating each other like fog.

The first time you try this, on a half hour journey somewhere, you might be ground-down by it - by the feeling that you attempting to hold back a tide, that you are in fight that cannot be won. Nobody smiles back.

And when you are not expecting it, someone will smile back - sometimes without you even realising they saw you they'll smile back. And you'll be so astounded by this that you'll forget all about the card and they'll walk on past you. But just once you met a kindred spirit, just once you broke though.

Now, you are not only looking at each person, not only acknowledging each of them as people, you are aware that there are others like you, that the surface can be broken with something as basic as a smile.

You start to walk the streets differently. You don't see it as a war, you see the pattern of the movement, and you understand that you are not fighting the people you are changing the pattern. When you walk the streets you get an echo of what rock stars feel, to be able to look in every eye and reach out to every person.

When you move around the city you find everything smoother, people don't get in your way, partly because you see them coming, but partly because everything about you says in big letters 'I am a fellow human being' 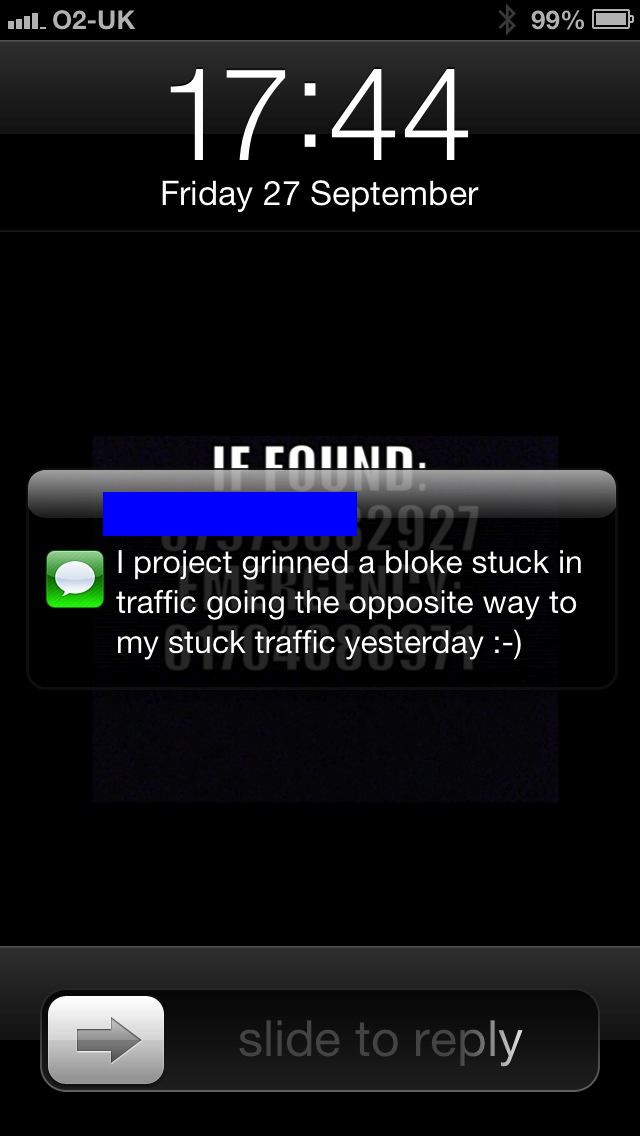