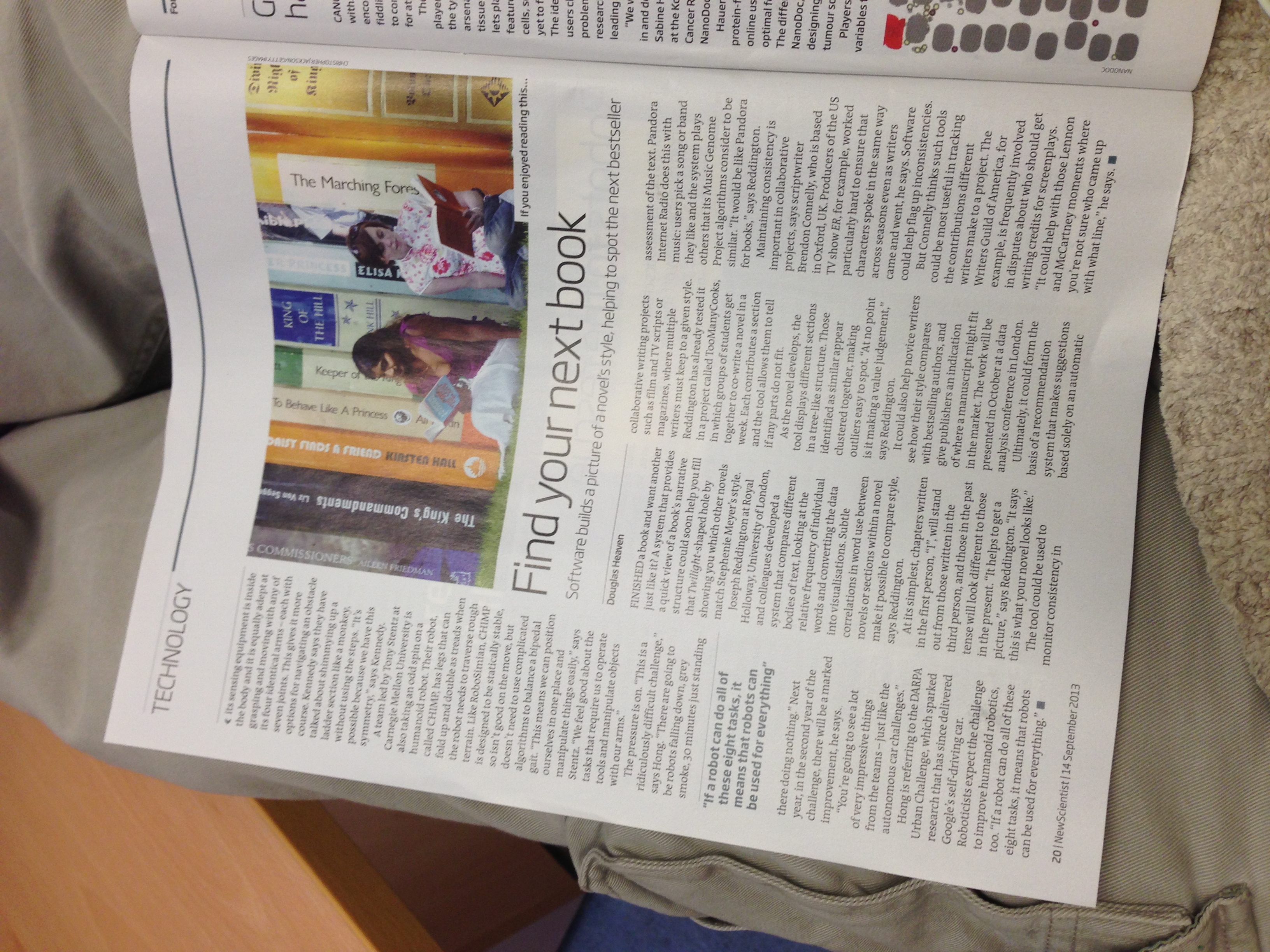 I have to say, that having seen some awful science reporting over the years I’d somewhat braced myself for the worst, but actually the reporter who interviewed me has accurately quoted me as much as possible and where I said something ill-judged, he recognised it was ill-judged and didn’t use it in the article. I’m prepared to call it a fairly positive journalism experience.

Something I do have to address – because of the length requirements that the article was written under, it’s possible to take the impression that I’m running some sort of team and that I’m being the point person. That’s no true at all and the main reason for the post is that I want to make sure that credit is going in the right direction.

The piece was rewritten on the back of this paper, which had just been accepted 🙂  and the interviewer contacted me because I happened to have been the corresponding author on the paper.   In fact, the intellectual powerhouse behind the analysis is Fionn Murtagh, who was formerly my Head of Department at Royal Holloway, and its analysis refined from his earlier work with Adam Ganz.  In addition to Fionn providing most of the Computer Science expertise, we had Doug Cowie, a Lecturer in our English Department who provides the deep understanding of narrative that forms the whole gestalt of the work.  As it happens my contribution to the effort was little more than having a small project that could be used as a testing ground and seeing how the process worked on content that was changing rapidly.